Twitter removed the wrong map of India from its website amid massive protests, Kashmir and Ladakh had told different countries

There was a massive fury of people against Twitter in the internet media over the wrong map of India. At first, it was the Indians who used the platform that made the company feel very good. At the same time, the demand for Twitter ban (twitterban) was also raised in India. 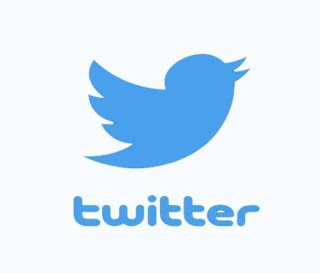 India may be a big market for the micro blogging platform Twitter, but it seems to be making constant mockery of India's sovereignty. Twitter's confrontation with the government of India continues over some methods of Information Technology (IT) legislation. At the same time, today Twitter showed the wrong map of India in its website. Twitter then had to remove the wrong map of India from its website amid online protests in the internet media, which showed Jammu and Kashmir and Ladakh as a separate country. On Monday, Twitter had presented a map of India that marked Jammu and Kashmir and Ladakh as separate countries, not in India. This was not the first time Twitter had made this presumption. Earlier in November, 2020, she showed Leh-Ladakh as part of China. Then the Indian government had reacted strongly to this and Twitter had given a written apology. The government of India can take tough action against the company on today's move made by Twitter.

This provocative attitude of Twitter still causes enormous fury in India. At first, it was the Indians who used the platform that made the company feel very good. The demand for Twitter to be banned (twitterban) is also rising. At the same time, government sources say that it has to be seen that no foreign company is intentionally challenging India's sovereignty over and over again. India had clearly told Twitter last year that it did not take any compromising steps with India's sovereignty, despite the new developments, it has been clear that it has not taken any steps to correct the mistakes in this regard. 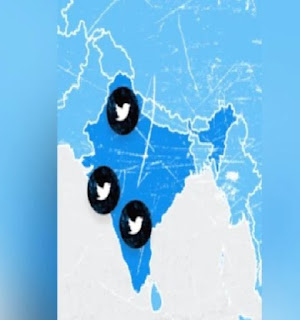 Recently, Twitter's attitude towards the observance of Indian law has also been quite troublesome. At first, he was not following the IT Act and when members of the parliamentary committee questioned his representative about this, he said that he follows the rules set by his company. The members had clearly stated that if Twitter is to do business in India, it will have to comply with Indian law. The IT law in India is in force with effect from May 26, 2021 under which every company running internet media has to appoint certain officers in India. Almost every major company except Twitter has made appointments. Twitter had announced the appointment of Dharmendra Chatur as a complaint-viewing official, but he stepped down within a week. Now Jeremiah Kessel of California has been appointed to this position, but this is not in accordance with Indian law. According to the IT Act, only a person residing in India can be appointed to this post. It and Law Minister Ravi Shankar Prasad also warned about the Hila-havali happening at the company level. But last week, Twitter banned Prasad's account for a while.

This Blog is protected by DMCA.com

Corona Pandemic : Baba Baidyanath Dham temple will not open for devotees in Sawan, opposition of priestly society on virtual darshan

Kaun Who Did It Answers Today 1 February 2021